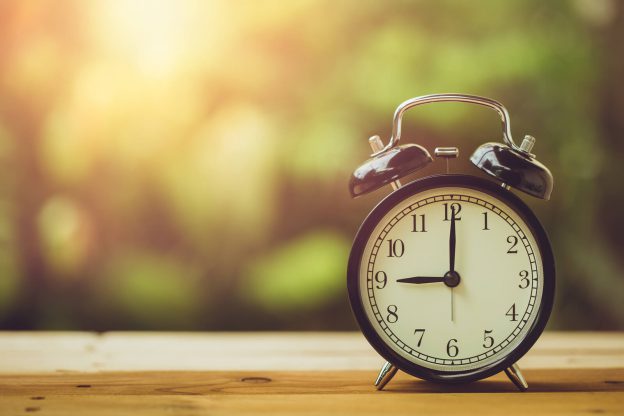 For many of us, the eight-hour workday seems about as normal as fireworks on the 4th of July. To understand how this common workday tradition came about, let’s take a journey back in time to 1817 when fair-labor advocate Robert Owen popularized the term “Eight hours labor, eight hours recreation, eight hours rest” as a means to combat unfair labor standards at the time. It took a while, but this phrase planted the seeds for the eight-hour shift to eventually become the status quo by the 20th century and beyond.

Fast forward to 2019, and even though working nine to five is still pretty common, many employees and employers alike are beginning to question its practicality in the modern work environment. Are there actually positives to the eight-hour schedule in 2019? Or is it an outdated practice that we only continue because it’s been cemented over time as a tradition that we’ve grown comfortable with?

One challenge of the eight-hour workday is that everyone has different rhythms. Let me use myself as an example – at the moment I am writing this, it is 9:42pm on a Tuesday night. I’m sure some people would much rather be relaxing watching the new season of Stranger Things at this time – but for me, it is when I feel most productive. Some people do their best work in the morning, others in the evening, and the typical nine to five workday doesn’t adjust for that accordingly.

With that said, there are cons to allowing people to adjust their work schedules based on their own natural rhythms, particularly when it comes to communication. If employee A is most productive between the hours of 6am and 2pm, but employee B prefers working from 3pm to 11pm, there would be no visible overlap in which they can collaborate in the event that they are working on a project together. Therefore, it’s important for coworkers with flexible schedules to be forthcoming with one another about their preferred schedules and the best times for them to communicate.

Doing away with the eight-hour workday for a more flexible schedule is generally a positive for employee morale. Workers will be pleased with the freedom to choose a schedule that works well for them and their personal lives, vastly improving work-life balance. Can you imagine being able to willingly avoid driving in rush hour traffic, saving money on childcare, and being able to spend more time with your children? I can’t think of many things more morale-boosting than that.

Quality vs. Quantity of Time

When the idea of the eight-hour workday was originally conceived, it was done so mainly with industrial factory workers in mind. For this type of work that consisted primarily of manual labor, performing an eight-hour shift could easily yield tremendous productivity without infringing on the rights of workers. While that may have been favorable at the time, the workforce looks much different today with many jobs relying more on creativity and problem-solving to be done well. These more intellectually-stimulating skills may not necessarily thrive when employees are forced to sit in an office and work for eight hours straight.

Most people would likely agree that your best ideas never come to you when you want them to. Oftentimes they pop into your head when you least expect it, and the quantity of time spent at work isn’t really going to change that. If an employee has the freedom to work when inspiration strikes, it’s likely that they will produce a much higher quality output.

In the end, every company – and each individual working for them – is different. For some organizations the eight-hour workday is the most optimal situation, or even the only option in industries like healthcare and hospitality. And for some people who desire structure, the traditional nine to five might work best for them regardless of the type of business they work for. It’s important to at least be open to it, as your company and workers could potentially benefit in spades.

Does your company offer flexible work schedules or are you considering implementing them? Please let us know below!